Big Brother Naija, BBNaija 2019 edition experienced another moment on Monday night. This time around BBNaija “Pepper Dem” housemate, Seyi was seen blasting ex-housemate Teddy A after his visit to the house.

Recall that Teddy A alongside Bambam and Rico Swavey visited the housemates on Monday night during their Independence Day celebration.

During the visit, Teddy A slightly slapped Seyi after he noticed him getting too close to his wife, BamBam.

Seyi in response after the ex-housemates left the house described Teddy A as so “so insecure and a prick”.

ALSO READ:   BBNaija: Teddy A ‘slaps’ Seyi for getting too close to Bambam (Video)

He expressed anger over Teddy A’s reaction to him because of his closeness to Bambam.

Speaking to Frodd, Seyi said: “Teddy A is so insecure and a prick for hitting me because of his wife.

“Which kain thing be that. I would tell him to his face e pain me .”

Seyi to TeddyA: You are a fucking insecure Prick.

Apparently, according to Seyi, TeddyA accused him of hitting on his wife, BamBam at the carnival. #BBNaija 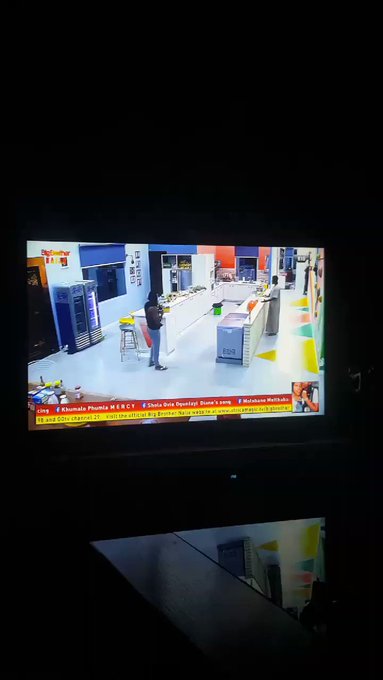 117 people are talking about this
Facebook Comments Box
Hot 🔥 👉  Anambra lawmakers reject Prado jeeps, prefer Innoson jeep to save cost .
There is love in sharing, Share this post with your Friends👇

Bring Whitemoney to me” – Little girl breaks down in tears over reality star (Video)
Nigerian lady Cried Loudly as she apologizes to Tiwa Savage for watching her tape. (Video)
We arrested actress Tonto’s ex to help him regain his sanity — Police
E Choke! BBNaija Maria Chike Splashes N5.6M on diamond Hublot wristwatch now compete with Davido (Video)
“The Boyfriend is a suspect” – OAP Dotun, others react to release of alleged Tiwa Savage sxx tape(Video)
Nigerian singer Tiwa Savage, real s@xtape with boyfriend has been leaked online, Confirmed (WATCH)
#BBNaija Nengi’s S*@xtape with ex boyfriend has been leaked online not fully verified (Watch Video)
Another Video of Janemena and Prince Kpokpogri after doing the do surfaces Online Again [Video]
Nigerian Pastor showers praises on Naira Marley, uses his song to preach [Video]
“I never f*cked anyone over who didn’t have it coming” – Actress, Tonto Dikeh says as she poses with the Lexus SUV she allegedly seized from Prince Kpokpogri (Video)
Checkout Other Massively Trending Songs Here Want Latest Songs? Click Here

Go Back To The Top